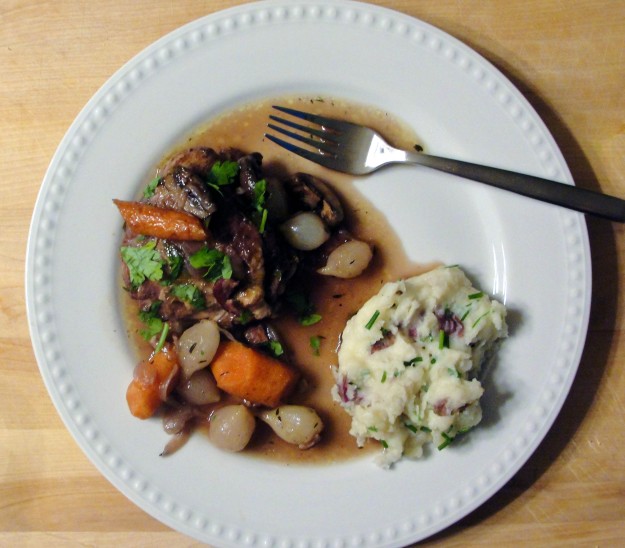 Today I was craving Coq Au Vin.  I’m not really sure why I was craving it, because I’ve never actually had it before.  It just sounded good.  The weather has been dreary so something slow cooked sounded amazing.  I knew I wanted to use chicken and some veggies, but I didn’t want a hotdish or a casserole (yes, in MN they are 2 different things!).  All the sudden coq au vin popped into my head and I couldn’t get it out.  I looked up a couple recipes in some books I had and then decided to google it too, just in case.  I chose to use Ina Garten’s recipe.  I swear, if you really want to cook something good and know the results will be completely delicious, you want to turn to Ina.  Ina knows everything.

Her recipe called for a dry red wine and some cognac, so I headed to the wine shop.  The guy is always so nice and I won’t buy my wine anywhere else, if I can help it.  I told him I didn’t want to spend a lot of money but I wanted something with incredible flavor.  He picked out Crane Lake,  a Cabernet Sauvignon.  It was only $4.99…which made my pocketbook happy.  When I was paying he told me how pretty my drivers license picture is and that it is one of the best he’s seen….which made me happy.

Then it was off to the butcher shop.  I wish Rochester had a butcher shop with more variety, but what the Ye Olde Butcher Shoppe lacks in product, it makes up for in customer service.  People are just so nice!  I got 1/4 lb of their house smoked bacon and a 3.5lb chicken.  The guy offered to dice up the bacon for me (how did he know that’s what I was going to do with it?) and he chopped the chicken into 8 pieces for me.  Next time I’ll ask them to slice the breasts in half too, they were just huge!

I finally made it home after adventuring around town and running all sorts of errands.  I got some oil in the dutch oven and sliced an onion and some carrots while it all got nice and hot.  When the oil was hot I threw in the bacon and let it sizzle.  I’m not someone who loves bacon…I’m not even sure that I like it all that much…but this stuff from the butcher shop was like nothing I’ve ever tasted from the grocery store.  It had so much flavor!

Then it was time to brown the chicken.  I’ve never actually fried anything successfully in my life.  I don’t like fried food, so I don’t make fried food.  I needed the skin to be crispy though so I tossed it in the hot oil and hoped for the best.  It got some nice color but gosh!, hot oil sure makes a mess!!! 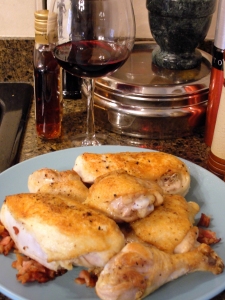 A glass of wine makes frying chicken a whole heck of a lot easier! 🙂

I love that Coq Au Vin is, for the most part, a one pot meal.  After I set the chicken aside, it was time to throw the sliced onion, carrots and garlic in.  I also love that Coq Au Vin requires ingredients that I usually have on hand.  I only had to buy 4 things to make this dish. 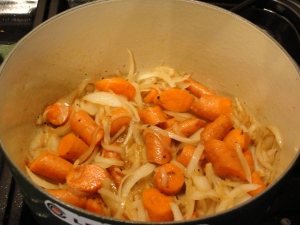 After the carrots got a little tender and the onions turned a little brown…I dumped in the cognac and added the bacon and chicken back into the dish.  I poured 1/2 the bottle of wine and 1 cup of delicious, homemade chicken stock into the pot.  I keep chicken stock in the freezer, frozen flat in ziplock bags.  It’s so easy to make and tastes a billion-trillion times better than store bought.  I had forgot to thaw some out so I simply ran hot water over the bag until I had a cup of liquid.  I set the rest aside to finish thawing. 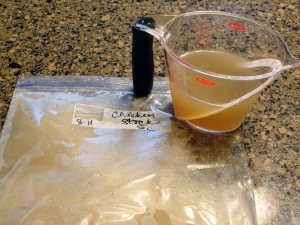 I added some thyme and parsley to the pot and then plopped the lid on and put it into a 250 degree (preheated) oven.  I forgot about it for about 40 minutes…during which I made 3 batches of butter-cream frosting for a wedding cake I’m working on tomorrow.  Making the frosting is the worst part!  I absolutely hate it, but now it’s over so I’m feeling a little better about it.  🙂  I also tossed 5 small red potatoes into a pot of boiling water.  When they were done cooking I drained the liquid into a jar.  You want to keep that stuff!  It makes awesome bread. 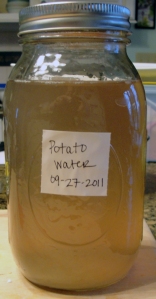 Make sure to slap a label on it! It looks almost the same as chicken stock!

I threw a little butter into a pan and once it got hot, tossed in 3 fat cloves of garlic.  I sauted for a little while until the garlic was cooked.  Added in some chives and the potatoes, and then smashed away!!!  I added a little of the potato water to the potatoes along with a few ounces of goat cheese, because everything is better with goat cheese!!!

Back to the Coq au Vin.  I chopped the stems off the mushrooms and sliced them pretty thick. 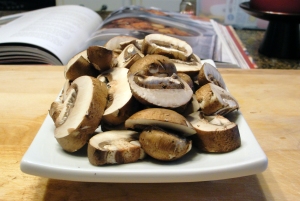 I sauted them in 1tbsp of butter until they were nice and tender…but not overcooked!  The cooked mushrooms and some peeled pearl onions  (definitely buy these frozen….or else they’re just a pain in the ass!) got tossed into the pot and left to simmer awhile with everything else.  It was really that easy!!!  I think it took me about an hour and a half from start to finish—including the time it was chillin’…errr…cookin’ in the oven. 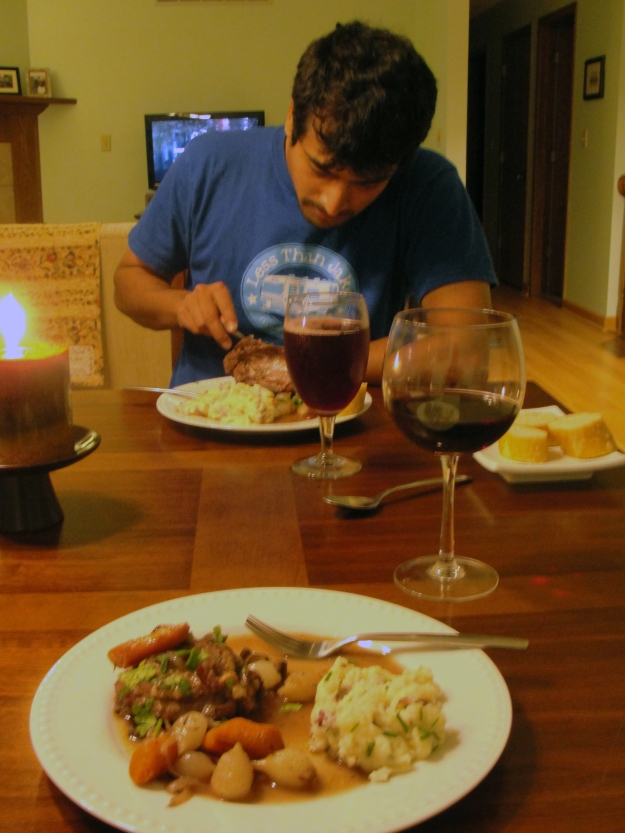 time to dig in! 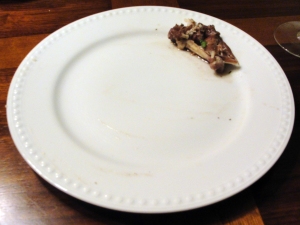 so good that there was nothin' but chicken bones left! 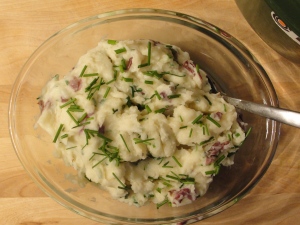 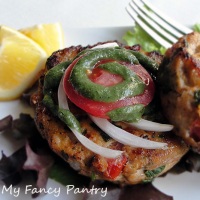 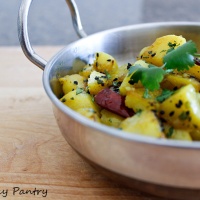 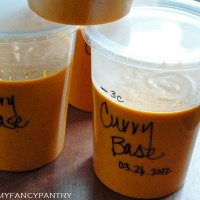